A VICTOR-ious time with Frankenstein!

Death is only a temporary state. Indeed, I find it amusing how two of my most favorite literary masterpieces of all time – the classic tale, Frankenstein, and of course, the timeless, Harry Potter series (I’ve been going crazy about next year’s debut of The Cursed Child – but let’s save that for another post) feature Daniel Radcliffe, of Harry Potter fame. But more than the same person in both fiction opuses, what truly lurches in my mind is how both stories are set on the foreboding blanket of death, and the take of each respective author toward death – being something temporary, conquerable, consequential. Indeed, how both stories seem to zero in on the premise (or promise?) that Death is never the end. 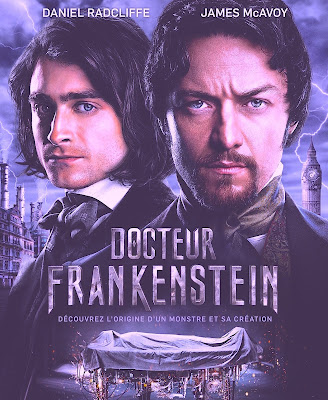 This time, Radcliffe jumps down from his high-flying (literally, and hops off his Nimbus 2000 broomstick) character and down to being a hunchback circus buffoon who finally receives a name, “Igor,” thanks to the vile Victor Frankenstein (played by James McAvoy) whose Life was centered on Death. While a much-reviled circus clown, surprisingly Igor (Radcliffe) was a self-taught doctor of sorts and I was almost happy for him during his exeunt from the circus – only to lead a more antagonistic life, finally understanding the root of the sinister Victor Frankenstein’s fascination with bringing the dead back to life. 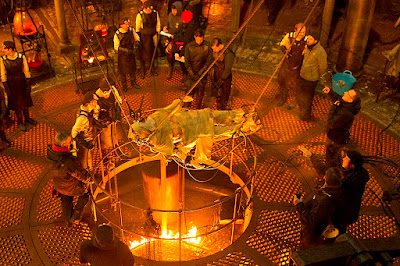 At one of the most gripping, foretelling scenes at the enisled castle that served as the unlikely duo’s home, people died – only to give way to the monstrous creature that finally with lighting and ghastly sorts of tricks – finally come to life. The scenes that followed after were just like lightning, you anticipate them but you won’t exactly know when the excitement will strike; the action will keep you at the edge of your seats, taking you to places you only know to be in your nightmares; plus the movie's well-written lines in majuscule proportions add to it being one victorious oeuvre! Check out these awesome BTS photos courtesy of 20th Century Fox Philippines: 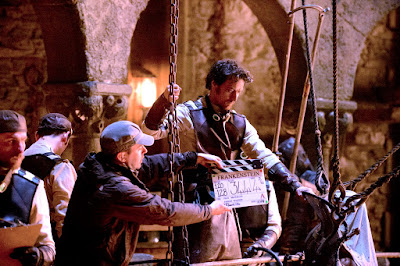 Nope, that is not LECHON that a hungy-looking James Mc Avoy and director McGuigan are looking at.. Intrigued? Just head to theaters now to see your greatest imagination (and nightmares) come to life! 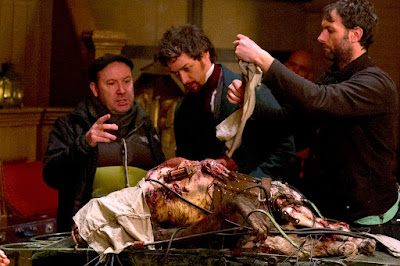 And lastly, to the men- feel free to bring your ladies too as while I don’t want to ruin this adventure, there is still the romantic, happily-ever-after part of it that will make you swoon and realize that hunchbacks (especially those with Zeal for knowledge and Leal for just one lady) don’t remain hunchbacks forever. There is indeed life after death (as we die every day in different ways without even realizing it), and most of all, truly a much better life flourishes when we learn to rise with a clearer mind and kinder heart. I know the monster in you is raring to see it! So go and set yourself free!
*****
A monstrously big, big Thank-You to Mr. Francis Soliven, the lovely Ms. Mae Vecina and the rest of the awesome guys over at 20th Century Fox for this thrilling big screen adventure!
Posted by Marylaine Louise Viernes Journalist & Public Speaker Blog at Wednesday, November 25, 2015 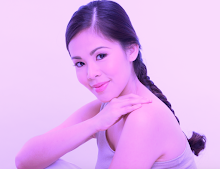